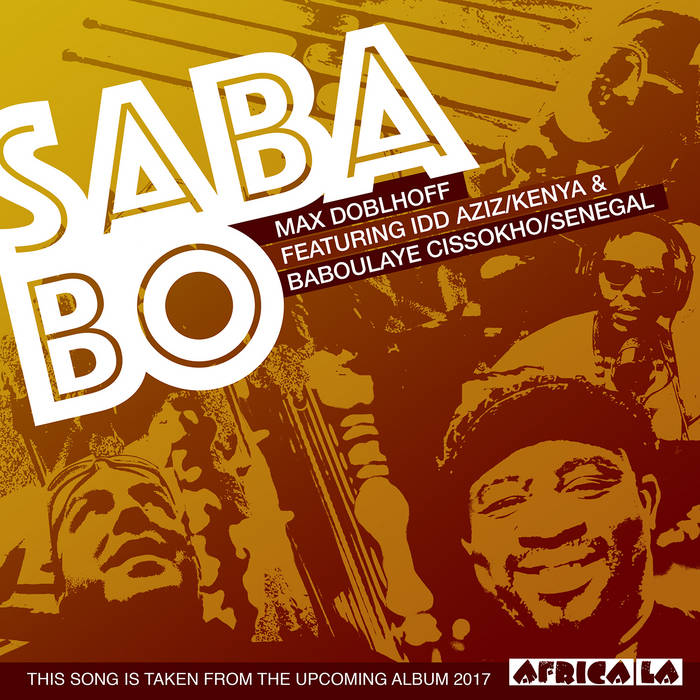 Get your Dankeschöns, buy it, support the artists and production on my Crowdfunding Campange (until 19 June 2017) and let AFRICA LA grow :-)

"Saba Bo" refers to the Tom Tom, which was traditionally used in East Africa, which was once used for news transmission and mainly as a warning drum!

Around the same time with the album release of Max Doblhoff's "Africa La", the third single release named "Saba Bo" will be released.
The original track has a strong rhythmic imprint, dominated by the two instruments Tom Tom and Kora - the later almost virtuosic played by the great musician Baboulaye Cissokho, his character of Senegalese origin.
The typical African "Roots-Style", originally originated in Senegal, but developed in further adaptations to Kenyan stylistics.

The version with Idd Aziz is a fusion of funky elements, a subtle electro-disco touch, enriched with contemporary synth-chords.

Other remixes are from Makossa & Megablast and the Viennese newcomer Ksawa and will be completed soon after the single release in June 2017!!

get more infos about the multicultural music project AFRICA LA & the upcoming Album Release at Reigen Vienna on 23 June 2017!!